What Does It Mean When a Faith-Based Movie Bombs? 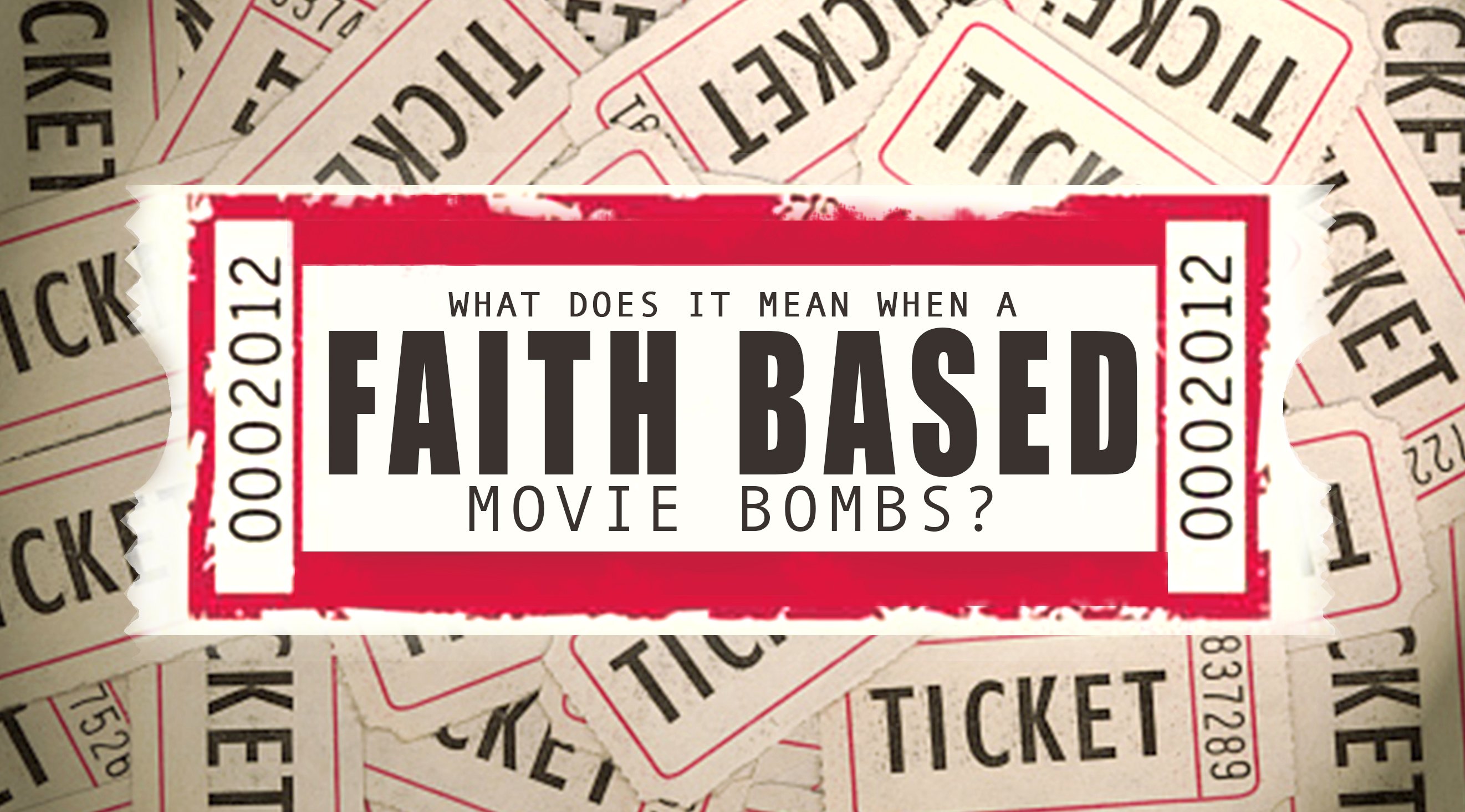 Success and wide global distribution of good redemptive movies is a complex dance, but producers and consumers can learn the intricacies to facilitate their effectiveness and success.

For consumers concerned about the content of media, and who want to make a difference in encouraging the production of good movies, TV, and other media, it is important to understand and exercise savvy consumer power for good. It is important to understand, for example, that much is at stake for good redemptive movies in their first weekend in theaters. The first weekend is highly significant for the success of the movie and its broadest impact worldwide for the eternal good of our world. Consumers who support good movies and media can make a difference. When they see the movies in a theater the first weekend, their consumer “vote” makes the strongest impact.

Unfortunately, movies that do not bring in significant revenue the first weekend are often dismissed as “disappointments,” “failures,” or “flops” at the box office. In recent decades, cinemas have been dropping movies after a poor opening weekend. To some extent the opening weekend can determine the future and fate of the movie.

In general, a movie has to make over 2.5 times its budget to be successful. Advertising, marketing and distribution can it itself can cost $100 million. A movie needs to make more than its global production and promotional budgets to make money and to secure funds for future movies. Movies are considered hits when they exceed both the films’ budgets and expectations. They are considered “disappointments,” “failures,” or “flops” when they don’t.

With an increasing flood of movies in theaters, the window is smaller for redemptive movies to make money in theaters to ensure continuing distribution of good movies. Most movies make one-third of their entire domestic box office gross during opening weekend and a poor opening weekend could mean a film barely breaks even or even loses money for the studio, limiting the future for production of good redemptive movies.

Consumers can wisely use their power to change media and the world for eternal good. They can give support in many ways: purchasing, recommending, rating, reviewing, visiting their IMDb.com (Internet Database) pages, promoting on social media, and more.

Throughout history, great art has been produced because of the wealth, power, and influence of patrons. Today, collectively those who are interested in redemptive and family-friendly movies and media have patronage Clout!

In an interview, Dr. Ted Baehr of Movieguide said, “Every week about 135 million people go to church and. . . about 26 million people go to the movies, so this is a gigantic audience. . . Any other audience is much smaller than the church audience.” If churches alone get behind good redemptive movies and if their congregations see the movies the opening weekend, collectively churches can make a huge difference for good on the kind of movies that are produced.

Consumers can influence the kinds of movies, television programs, ads on various forms of media and more that are produced or withdrawn, succeed or fail. Consumer choices are Votes and encouragement for what is produced.  In recent years, consumer patronage has been influencing the production of edifying, enlightening, and enriching content in movies, television programs, streaming videos and more.

The annual Movieguide ® box office research study has shown that American and overseas moviegoers have preferred movies with strong conservative content or values over movies with strong liberal or leftist values, by more than three-to-one. Many countries around the world will not allow screening of movies with R-rated content. Consumers, who are concerned about the moral and spiritual state of our world, can actively express their voices at box offices with their ticket money; on IMDb with their visits and votes; in other online feedback sites and more. Movies entertain; but they can also edify, enlighten, and educate. They can affect the world for good or bad. Consumers have social responsibility to promote what is best for their world.

Movieguide ® also serves and supports redemptive movie producers from script to screen with Dr. Ted Baehr’s course “How to Succeed in Hollywood Without Losing Your Soul,” Movieguide ® grants, and awards.  Movieguide ® strives to support the production of good redemptive movies; but consumers also have positive power over what it produced, continued, and maintained in theaters, on streaming sites and in libraries. What more pleasant way can consumers exercise their power for the Greater Good than by going to see or taking others to a redemptive movie that helps them find hope even in the midst of adversity?

When moviegoers pay for movie tickets, they are voting for that movie and others of its kind. Hollywood studios will make movies that the public wants and will pay to see. Dr. Ted Baehr of Movieguide® has shared his perspective on how to positively change Hollywood in his article “Beyond Illusion: Repairing and Transforming the Culture by Redeeming Hollywood.”  He says, “Redeeming the media requires convincing Hollywood that it’s to their advantage financially to make better movies and entertainment. That’s exactly what we do at Movieguide®. That’s what we’ve done and that’s why we’ve seen more and more movies with positive and even overt Christian content.”

Movieguide®, their supporters, and responsible consumers have positively facilitated an ongoing Reformation of content and Renaissance of artistry in movies and television in recent years. Research studies have provided evidence that correlates what we watch with behavior and brain changes; therefore, much is at stake for the good or harm of our world in what is produced. We have social responsibility when it comes to producing and then choosing the movies and media that we watch and allow others under our leadership to see.

It is important that we make good choices in what we produce and in what we see. Images and scenes can make lasting imprints in our minds and memories. They affect how we feel, act, and speak. What is produced in the United States also affects how the world views us and responds to us. Further, we have a responsibility to promote eternal values of reconciliation, restoration, and redemption throughout our country and the world in the most effective ways that we can.

Redemptive movies present stories of eternal hope and restoration that are desperately needed around the world today. Today, there is great need for those who produce movies and media to produce the best work they can, to conduct careful market research to draw the most, and to exercise social responsibility, as they hold themselves accountable for the great cultural and eternal impact of their work around the world. There is a great need for consumers to understand that they can make or break products and need to exercise effective social responsibility to actively support good redemptive movies and media.

“The world will not be destroyed by those who do evil, but by those who watch them without doing anything.” (Albert Einstein)