"A Day of Miracles" 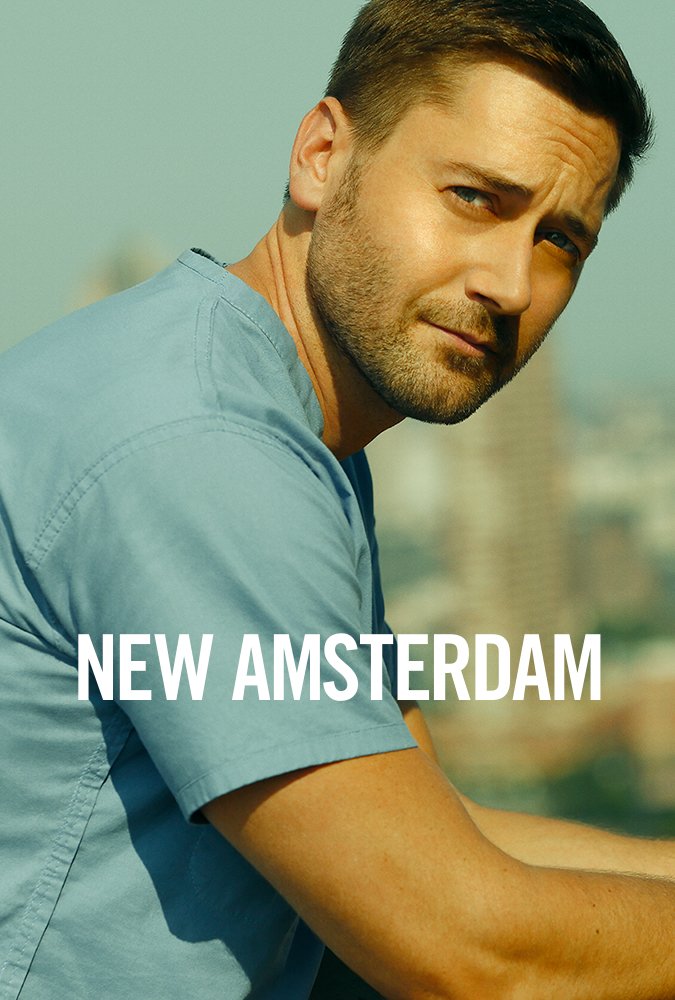 Religion meets science in “14 Years, 2 Months, 8 Days,” a second season episode of NBC’s medical program NEW AMSTERDAM. A prayer group called Prayers for Healing meets to pray in the hospital’s lobby. When they arrive, miracles occur. A 13-year-old gets miraculously better after having a potentially fatal lung disease; a three-year- old psychiatric patient stops screaming; and, a 14-year-old coma patient opens his eyes. Dr. Max Goodwin, the head doctor, is at first irritated by the group, but then seeks them out to pray and prays himself for one of the patients.

This episode mingles science and religion beautifully, giving it faith-friendly tone, although the word Christian is never stated. Mostly shot in the hospital, the director does a great job of showing the doctor’s caring for their patients as well as their frustration with aspects of the healthcare system. This episode of NEW AMSTERDAM gives a strong defense for prayer and acknowledges that miracles can indeed happen. “14 Years, 2 Months, 8 Days” has very little objectionable content. Light caution is advised for the episode’s medical situations.

(BB, CC, V, M):
Dominant Worldview and Other Worldview Content/Elements:
Strong moral worldview of doing the right thing for the patient no matter the cost, with a secondary Christian worldview giving a defense for prayer and a skeptical doctor prayers, says “Amen to that” and later admits it’s been a “day of miracles”
Foul Language:
No foul language, but two doctors joke about a patient’s foul smelling urine
Violence:
Low level of violence includes one doctor punches a door in anger
Sex:
No sex
Nudity:
No nudity
Alcohol Use:
No alcohol use
Smoking and/or Drug Use and Abuse:
No smoking or drug use, but a patient suffers from medical problems from. using E-Cigarettes; and,
Miscellaneous Immorality:
some questionable deceitfulness as two doctors try to get a patient’s diagnosis changed to fit the code so insurance will cover it, along with a couple of scenes of wounds on a woman’s skin, and one reference to urine..

Several patients are featured in this NEW AMSTERDAM episode.

The first is Jacob, a married man who has been in a coma for 14 years. Dr. Kapoor has been caring for Jacob all this time. One day, Jacob opens his eyes and a tear rolls down his cheek.

Meanwhile, Dr. Sharpe is caring for a patient named Louise, who after losing a lot of weight, has huge flaps of skin left on her arms. Due to her embarrassment, she wants to have cosmetic surgery to remove the skin flaps, but she can’t afford it. Dr. Sharpe fights to get Louise into a clinical trial where her skin flaps, which the doctors say contain tumors, can be treated in in a new medical trial so insurance will pay for it.

At the same time, Dr. Max Goodwin encounters a prayer group called Prayer for Healing. It’s a group that gathers for prayer in the lobby of the hospital.

Max is irritated by these people, however. Max talks to the security guard who says a person in a coma for 14 years woke up. Max finds Dr. Frome, the psychiatrist who knows Max is “irked” by them and finds it funny. Max says they should help out the old- fashioned way (science). Dr. Frome says, all he knows is his patient, Ashley, who has been screaming for three days straight has stopped screaming.

The program then introduces a 13-year-old patient that has symptoms of a heart attack but instead has E-cigarette or vaping lung injury. Then Max goes to the lobby again and one of his patients tells him he is in remission, then sits with the group to pray. Max tells them if they really want to help they can donate blood or volunteer. The group leader, who’s wearing a pray for healing T-shirt, says, “Science, medicine, I believe in them, but what it can’t appreciate are things he loves like music, love, heroism,” what he calls a deeper truth, the intangible. Max says he would just like to see it in the tangible.

Dr. Bloom is dealing with computers that aren’t working. She has to scramble, relying instead on pen, paper and her medical knowledge to care for patients.

Cut to Jacob the coma patient’s family. Dr. Kapoor tells them Jacob had an involuntary movement, common in coma patients.

The next scene shows Max looking for the prayer group for the 13-year-old boy in the lobby and notices the prayer group is gone. He finds the prayer group out on the street and asks them to pray for the teenager who has the vaping lung injury because he’s running out of time and needs a miracle. Group leader says, “It doesn’t work that way.” When Max asks why not, the group leader replies, “Miracles are the word for the shoreline between the explainable and the unexplainable, what we can understand and what we can’t.” Max asks then what is prayer except to ask a higher power to do something useful or helpful. The leader responds, “When we do it right, prayer changes us, not the other way around.” Whether we are praying for forgiveness or gratitude or guidance, we are not looking out but within, and if you can find that shoreline within yourself, really find it, that’s when you got a shot at one of those miracles.” Max prays for the patient and asks for a miracle. Max tells God, he has nothing to bargain offer, but asks for a miracle. The patient does have a miracle, to which Max replies, “Amen to that.” Then, he tells a female co-worker that it was a day of miracles.

Although the doctors aren’t fully on board with prayer and the overarching worldview of moral worldview of doing the right thing even when it isn’t popular, this episode carries with it a secondary Christian worldview of prayer and miracles that science can’t explain. Most of the cinematography is shot in the hospital, but the cameras do a great job of communicating what the actors don’t communicate.

The episode is clean, with no foul language. Ryan Eggold plays Dr. Goodwin. His great concern for others makes viewers wish we could all have a doctor like him looking out for us if we became a patient. He is different than any other doctor we have seen on TV. His empathy for the patients shines through each episode, and his recent loss of his wife after having their baby makes every viewer pulling for him to find new love and for New Amsterdam to thrive.

There is, however, some questionable deceitfulness as two doctors try to get a patient’s diagnosis changed to fit the code so insurance will cover it, along with a couple of scenes of wounds on a woman’s skin and one reference to urine. Otherwise, this inspiring NEW AMSTERDAM episode will give people hope for patients in the healthcare system.

This episode of NEW AMSTERDAM gives a strong defense for prayer and acknowledges that miracles can indeed happen. “14 Years, 2 Months, 8 Days” has very little objectionable content. Light caution is advised for the episode’s tough medical situations.