"Marred by an Abhorrent Agenda" 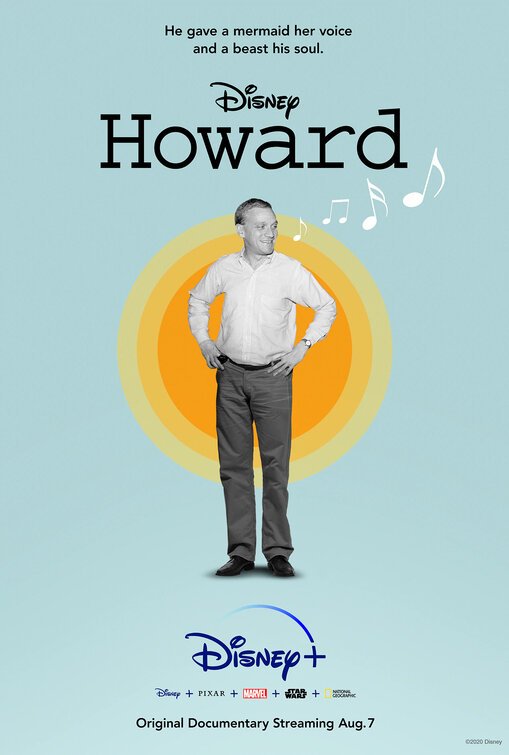 HOWARD follows the life of Howard Ashman, one of two men behind the songs of Disney’s THE LITTLE MERMAID, BEAUTY AND THE BEAST and ALADDIN. The documentary starts in Howard’s childhood and tells how the lyrical genius found he loved the theater. From there, his career, successes and failures in the theater world are shown. Viewers learn about Howard’s homosexual affairs, his battle with AIDS, and how he found his way to Disney to make the songs millions of people know.

Streaming on Disney Plus, HOWARD could have been a great experience if the movie had focused on Howard Ashman’s career at Disney rather than highlighting his whole life. Instead, Howard’s homosexuality plays a main role in the documentary and moves the story along in many places. Thus, HOWARD has a strong Romantic, politically correct, pro-homosexual worldview. There’s some morality where family and friends love and care for each other and where Howard’s Jewish background is briefly discussed. Ultimately, however, everything in the HOWARD documentary comes back to Howard’s homosexual identity, even though his best Disney songs don’t mention this despicable topic.

(RoRoRo, PCPCPC, HoHoHo, B, Ab, L, SS, N, A, DD, M):
Dominant Worldview and Other Worldview Content/Elements:
Very strong Romantic, politically correct worldview with very strong pro-homosexual elements focuses on a homosexual musical artist’s different love affairs, with each relationship playing a different role in moving the story along, and somehow almost everything comes back to the artist’s homosexual identity, with some light moral elements of caring for friends and family and creating songs for others to enjoy, plus artist’s Jewish background is discussed, and some Anti-Christian elements where Christians are shown in a bad light boycotting during the AIDS crisis
Foul Language:
One obscenity, two OMG profanities and a photo is shown of a girl flipping the camera off
Violence:
No violence
Sex:
No depicted sex, but many positive references to homosexual perversion
Nudity:
A few instances of upper male nudity as men are shown acting in plays and swimming
Alcohol Use:
Conversation about someone partying and drinking, but it’s condemned, and a wine bottle shown in a photo
Smoking and/or Drug Use and Abuse:
A few instances of photos that have people smoking in them, plus conversation about a man partying and doing drugs; and,
Miscellaneous Immorality:
Nothing else objectionable.

HOWARD is a documentary streaming on Disney+ that tells the story of Howard Ashman, who was part of bringing the iconic songs in THE LITTLE MERMAID, BEAUTY AND THE BEAST and ALADDIN to life.

The movie starts out in the summer of 1990 during a recording session for BEAUTY AND THE BEAST. HOWARD uses voiceovers from Howard himself, his family, friends, and collaborators as well as still photos and some archival video to tell the story.

After showing the pinnacle of Howard’s career, the movie cuts back to his childhood. Sarah Gillepsie, his sister, and Shirley Ashman, his mother, talk about their brother and son. The audience gets a glimpse into when Howard first learned that he loved to tell stories as a child. From there, Shirley discusses getting Howard into theater, and how his love for acting, singing and writing grew bigger every day.

When Howard heads off to college, he begins to date a man named Stuart. Howard and Stuart would then go to graduate school and finally move to New York City together to start their journey in the theater world. Stuart would direct and Howard would write, and the two reopened an Off Broadway, progressive theater company together in 1977.

Howard’s career starts to blossom when he leaves the theater company and Stuart. He works with Alan Menken on a musical version of the horror comedy, THE LITTLE SHOP OF HORRORS, which becomes a huge Broadway hit. Howard then starts to date another man. After a failed musical in SMILE, based loosely from the movie of the same name, Howard is recruited by Jeffrey Katzenberg to move to Los Angeles and join Disney. Of course, Howard brought his collaborator, Menken, with him.

Howard was excited to be at Disney working with the animation team to bring a bit of musical into children’s movies. However, at the time, Disney’s animation team was just kicked off the studio lot into small trailers down the road after a series of bombs. So, Howard decides to do everything he could to get the team back on the Disney lot.

Howard and Alan Menken, along with the team, then started working on what the world knows now as THE LITTLE MERMAID. The movie went on to be a hit and earned both Howard and Alan Oscars. Their next project would be ALADDIN, but the movie’s put on hold because the studio didn’t like it at first. This pause led to Howard and Alan working on BEAUTY AND THE BEAST, which was Howard’s last project.

The ending of HOWARD shows how the gifted playwright and lyricist would lose his life to the homosexual blood disease AIDS before BEAUTY AND THE BEAST and ALADDIN were released into theaters.

HOWARD could’ve been an incredibly emotional documentary about Howard’s time working with Disney and what he created there. Instead, the documentary starts at the beginning of his life. As a result, the major plot points that move the story along deal with Howard Ashman’s homosexual lifestyle. The documentary really doesn’t get interesting until Howard begins to work on the songs millions of people around the world know and love, and that’s only the last 20 minutes of the documentary.

HOWARD has a strong pro-homosexual worldview as Howard’s homosexual sin plays a main role in the documentary and moves the story along in many places. There are also some Anti-Christian elements where Christians are made to look bad as they engage in boycotts during the AIDS crisis. However, there’s some moral content where family and friends love and care for each other, and some brief religious elements where Howard’s Jewish background is discussed in passing. Ultimately, though, everything in the HOWARD doc comes back to Howard’s homosexual identity, even though his best Disney songs don’t allude to this selfish topic.