Tim Tebow’s RUN THE RACE Is Coming To UPtv 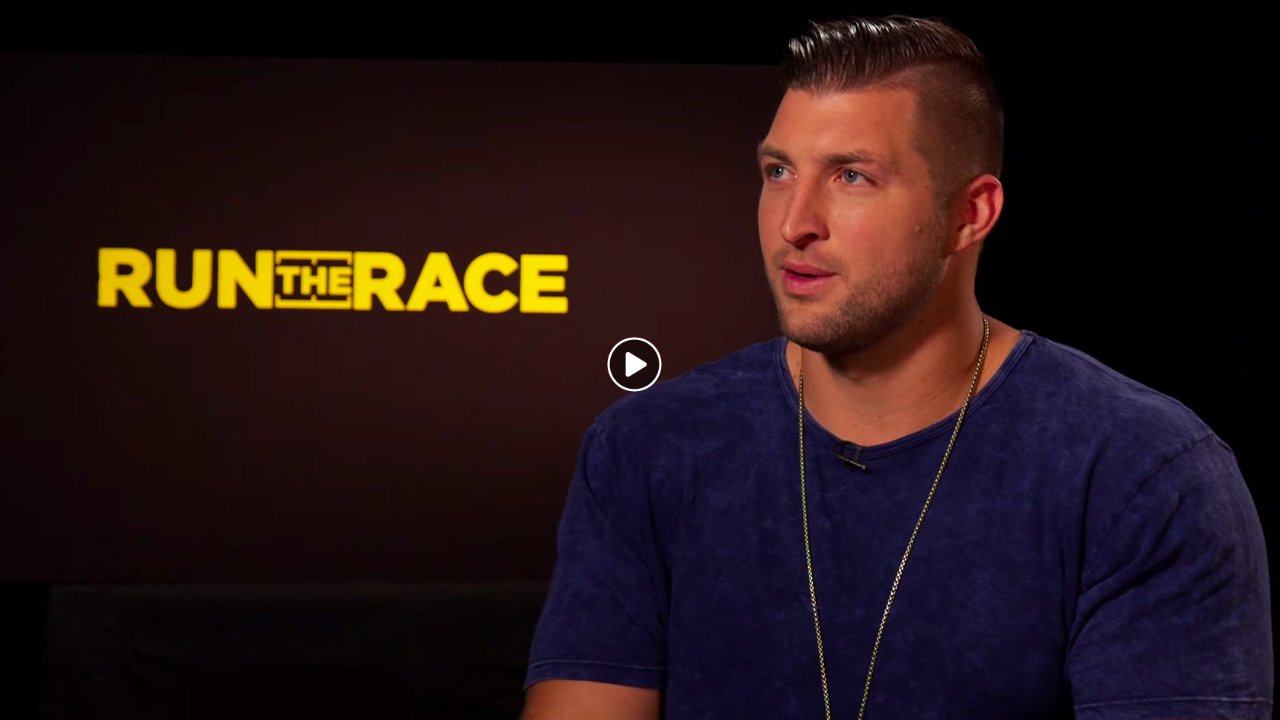 Tim Tebow’s RUN THE RACE Is Coming To UPtv

Football phenom Tim Tebow and brother Robby’s faith-focused movie RUN THE RACE is headed to UPtv this April. The story follows two brothers in a small Southern town face escalating problems with two different world views, straining – but ultimately strengthening – the bonds of brotherhood against the backdrop of high school football and track.

RUN THE RACE marks Tebow’s debut as a movie producer, along with brother Robby.

In an interview with Movieguide®, Robby says when he came across the script in 2013, “I immediately felt called to the story.”

Brother Tim says it was “the relationship aspect of the script.”

In an exclusive interview with Movieguide®, Tim shares their goals for the movie, saying “We wanted to tell a story that was encouraging and inspiring but also realistic. A lot of times when you see, at least for us growing up, there was some faith-based movies that aren’t real – like – that’s not real! You don’t always win! And so, we wanted to make this movie to encourage people that they can have faith, hope and love even in the midst of the hard times.”

Tim goes on to say the relationship between the brothers in the movie reflect his own family dynamic. “We’ve always supported one another and pushed each other to get better.”

Movieguide®’s review for RUN THE RACE is overwhelmingly positive:

The performances are outstanding across the board in RUN THE RACE, as is the impressive sense of grit that Director and co-writer Chris Dowling brings to the movie. This is a movie that feels authentic to its setting and the emotional and spiritual struggles its characters are facing. It manages to bring Christ front and center in a dramatically suitable way rather than seeming forced or over-the-top.

All in all, RUN THE RACE is a terrific tale of family, forgiveness, reconciliation and redemption told in the arena of small-town sports. It is highly recommended viewing for older children and adults.

Tim says ultimately that RUN THE RACE is about more than a high school competition or even the relationship between the brothers in the story. He asks:

“What are we running to? What are we running from? In running a race, there is a finish line, but what exactly is the ‘finish line?’ What exactly is ‘winning?’ A lot of times when you say the word ‘race’ it’s just about winning. For them it was a goal and a dream, but it changed because of God changing their heart and understanding what’s most important. It’s about understanding that God has a great plan for your life and that He loves you and how everything changes when we’re running to Him rather than running from Him.”