Did Someone Say Faith-Based Network Sitcom? 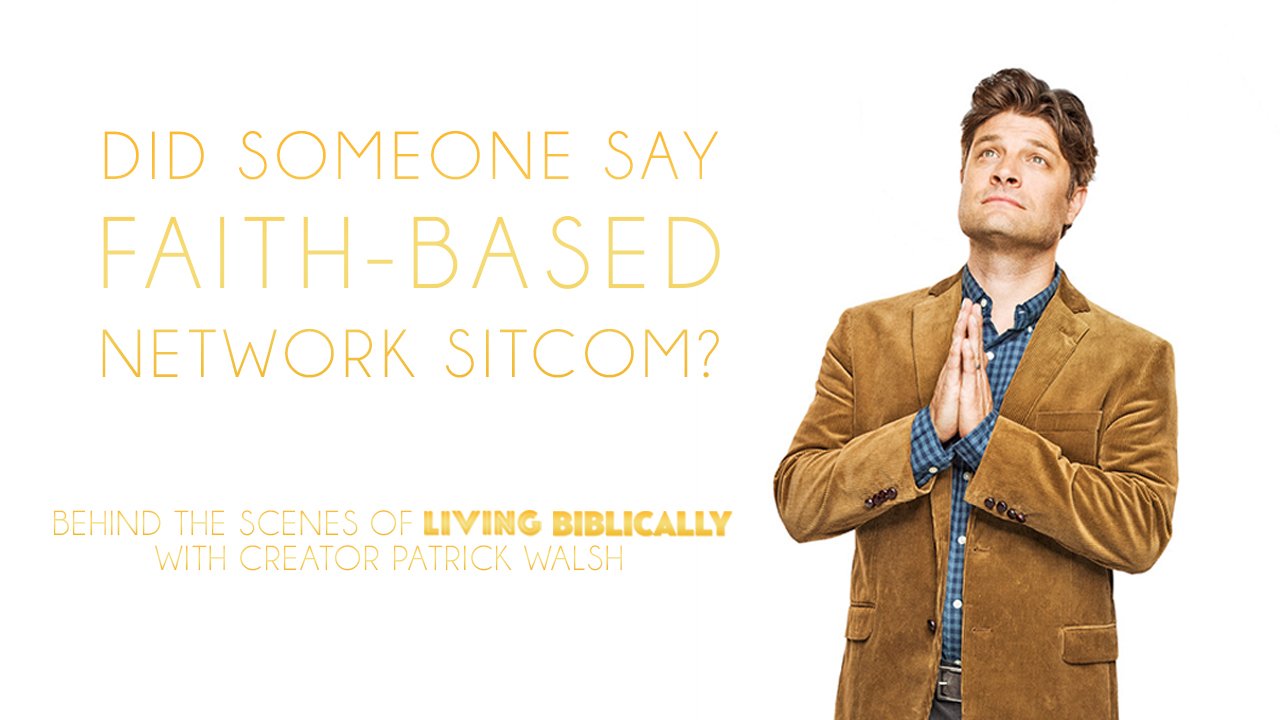 Did Someone Say Faith-Based Network Sitcom?

Behind the Scenes of LIVING BIBLICALLY with Creator Patrick Walsh

A lapsed Catholic, a priest and a rabbi go to a bar. This may sound like the beginning of a joke, but it’s actually a common setting in the new CBS sitcom LIVING BIBLICALLY, which offers some good laughs and thoughtful discussion about the Bible.

LIVING BIBLICALLY is about Chip, a lapsed Catholic who loses his best friend and then finds out his wife is pregnant. Realizing he needs to get his life in order, he decides to do a nine-month spiritual cleanse which entails following every rule in the Bible. He enlists a priest and a rabbi as his “God Squad” who help answer his questions and his predicaments, since he finds himself in many.

It’s not often we see TV series address faith. It’s even less often they do so in a situational comedy that’s not mocking faith. The show’s creator, Patrick Walsh, told Movieguide® that part of what made him interested in LIVING BIBLICALLY was the fact that he doesn’t see people talking about faith openly anymore.

“The purpose of this show is to get it [religion] back out there” Walsh said. He continued that he didn’t want non-religious people to “be scared or mocking of Christians, which I think is happening more, I think [it is] the reason people come to this show with skepticism.”

Each episode of the sitcom covers a different verse or law that Chip is trying to follow. In one episode Movieguide® reviewed, Chip is convinced by the “God Squad” that his smartphone is a false idol. The rabbi and priest talk about how Moses smashed the golden calf in the Old Testament, so Chip, thinking he needs to do the same, smashes his smartphone right there in the bar. The religious teachers are shocked and tell Chip they were going to suggest he just put his phone away for a day or two, not smash it!

Walsh wants faith-audiences to feel safe watching the series, and said, “I knew if we approached it from a place of love, with open minds and open heart, with respect, people weren’t going to be offended. We did an episode on if prayer works, what if prayer doesn’t work? It was very serious in theme, but you could feel the audience responding just having these issues discussed on a major network sitcom.”

We asked him if Chip would move beyond simply following the rules of the Bible, and into more of a relationship with God. “The show early on is very much the technical aspects of the Bible” Walsh said, but “as it goes Chip does start to broaden out and let God into his life.”

This is particularly true in an episode titled “Let Us Pray” where Chip learns about the power and importance of prayer. Walsh says that each script was shown to a priest and rabbi who would give input on the biblical verses used.

As to how the show has affected him personally, Walsh said one episode in particular stuck out. He said, “We did an episode on thou shalt not covet, and that was one where I looked at myself, and I work in the entertainment industry and everybody is comparing themselves to everyone else. That episode that week spoke to me in a great way and showed me to be happy with what I have.”

In the end, LIVING BIBLICALLY is a comedy, and the point is for people to have a fun time watching the show. Walsh hopes the show allows “people of faith to laugh about it a little. Not to laugh at themselves, but just to understand that it doesn’t have to be so serious.”

You can read Movieguide®’s review of the first LIVING BIBLICALLY episode here.