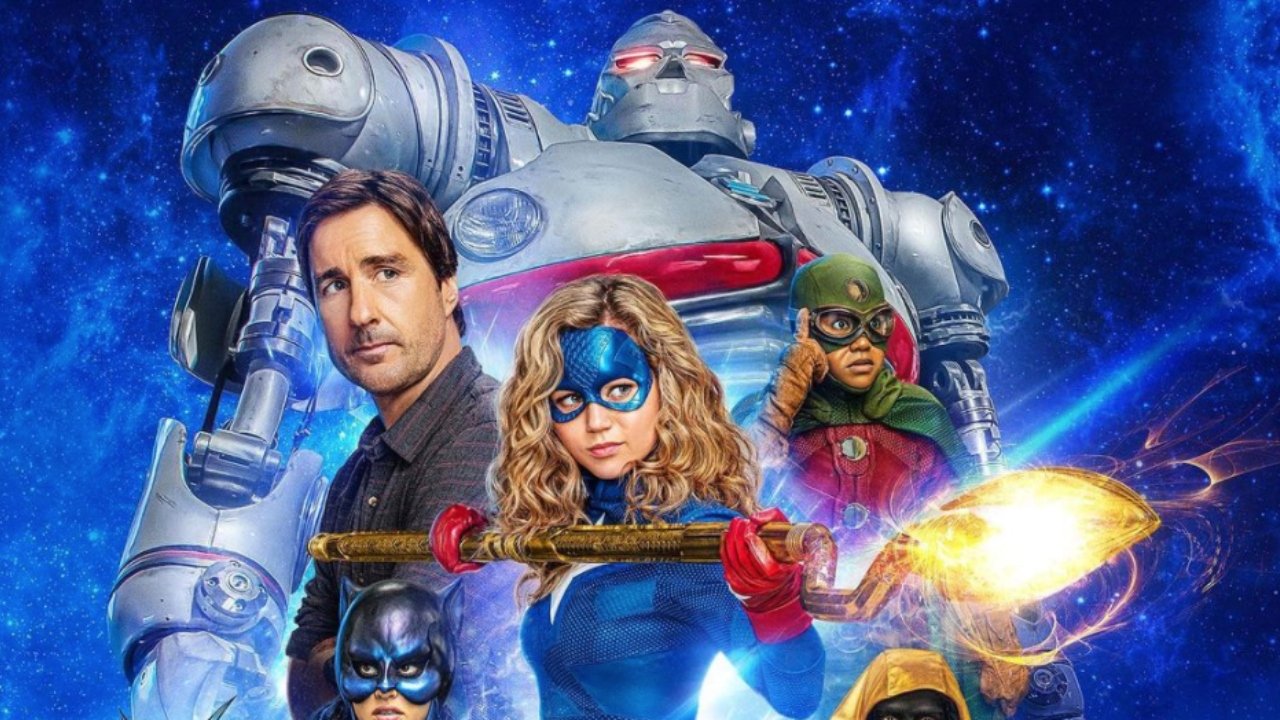 Faith-filled comedian Jim Gaffigan just joined the STARGIRL cast as Thunderbolt, a pen that protagonist Courtney clicked a few times before abandoning it on her desk.

Thunderbolt is extremely powerful, but according to the official character description, “the wishes he grants often cause more trouble than the wish-asker would ever expect. But despite his somewhat constant supernatural disasters, the Thunderbolt’s heart is always in the right place, even if it is wounded by the friends he has lost throughout his long existence.”

In the Stargirl comics upon which the series is based, Thunderbolt was trapped inside a pen for 10 years, and Stargirl viewers saw Courtney (Brec Bassinger) steal a pink pen from the Justice Society of America’s costume stash early in season 1. Pat (Luke Wilson) has repeatedly warned Courtney that the pen is a powerful, dangerous weapon not to be unleashed, but Gaffigan’s casting means someone is going to click that pink pen in season 2. Will the new JSA recruit someone to wield that pen intentionally, or will someone — cough, Mike (Trae Romano), cough — click it by accident, freeing Thunderbolt into the world?

Movieguide® previously reviewed Season 1 Episode 1 and Episode 2 and found the series to have strong moral themes, including family values, prudence, and a desire for justice. As the series progresses, there are even strong elements of faith and forgiveness. Movieguide® does issue cautions, however, for violence, language, and some occult elements.

Gaffigan will join fellow Christian Brec Bassinger, who plays Stargirl, for season 2. Gaffigan is very open about his Catholic faith and often incorporates biblical references in his stand-up routines. He and his wife, Jeannie, have been very vocal about how their faith sustained them when she was diagnosed with a brain tumor.

Gaffigan is also set to star as Chuck Smith, the pastor of Calvary Chapel in Costa Mesa, California, in JESUS REVOLUTION.