Cinematic Celebrations of American Values for the Thanksgiving Holiday Movies To Be Thankful For!

Cinematic Celebrations of American Values for the Thanksgiving Holiday

Here our some of our favorite movies that relate to Thanksgiving and the biblical values that made America great. The story of several generations of a family, from the arrival of immigrant Sam Krichinsky in the suburb of Baltimore called Avalon, down through his children and grandchildren. The holiday of Thanksgiving plays a crucial role throughout the movie. AVALON is an extremely enlightening, poignant, entertaining movie celebrating American traditions that have, sadly, lost their meaning in the modern age. It has some light foul language, so caution is advised for older children. DRIVING MISS DAISY is a warm movie about an embittered, elderly Jewish lady, who has known poverty and prejudice, but who finds reconciliation, hope and love through the Christian kindness, mercy and humility of her elderly black chauffeur. Horton Foote’s powerful, unique witness to the Christian faith. By making the spiritual, hymn singing mother the brunt of the meanness of the selfish, humanist daughter-in-law, the audience is forced to root for and identify with the Christian. SAINTS &amp; STRANGERS is an exciting, faith-filled, jeopardy-filled two-part TV miniseries
from National Geographic. It tells the story of the Mayflower and the settling of Plymouth by the
Pilgrims, the soldiers, the fortune hunters, and the sailors who arrived in Massachusetts in 1620
on Nov. 11. MOVIEGUIDE® advises caution for SAINTS &amp; STRANGERS because of some
foul language and intense violence. Starring Robert Duvall in an Oscar-winning performance as a down-on-his-luck Country music singer, this movie is written by Horton Foote, one of America’s best writers. It tells a gracious story of how faith and family helps a man recover from the past demons haunting him. This movie, which stars Oscar® winner Sally Field, clearly shows that faith in Jesus Christ overcomes all obstacles − even death. It ends with a wonderful scene set in a church service where people come together to worship God and praise Him for His many blessings. 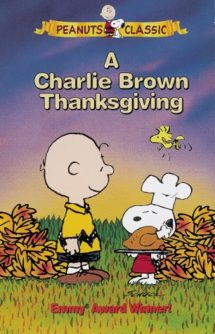 John Adams was one of America’s most important founding fathers, and the second president of the United States, who led a glorious, mostly positive life of great influence. The acting, writing and direction are superb, and this miniseries is rich in political, philosophic and spiritual dialogue that recognizes Christian faith in every critical moment. SQUANTO tells the amazing story of a young Indian warrior in the New World, who is abducted and enslaved in England and Spain, then returned to New England to befriend the Pilgrims when they settle in Plymouth. This wonderful Disney movie is free of offensive content – save for appropriate action violence – and contains an exceptionally positive, beautiful portrayal of Christian belief, friendship, selfless love, and reverence for God.