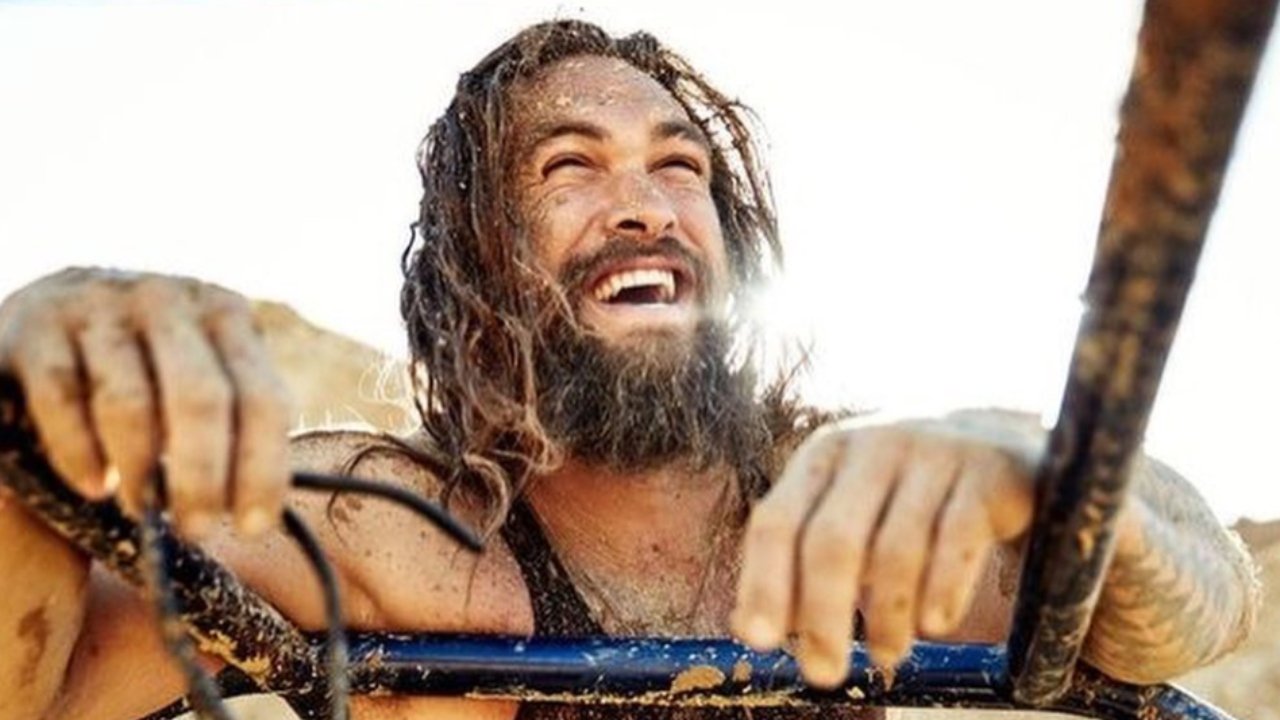 AQUAMAN’s Jason Mamoa says he’s sticking to his roots — and that includes some down-home family values.

“Even though I work in Hollywood, I’m 100 percent roots Midwest,” Mamoa tells Men’s Health in a new interview. “I work hard and don’t take anything for granted. I’m a big family guy.”

The actor spoke to the publication ahead of the premiere of his new movie, DUNE, which has been pushed back due to theater closures in the pandemic.

Speaking of the pandemic, “We’ve all gotten so much closer,” Mamoa said of his family in quarantine.

“My wife is very sophisticated and smart and [our kids and I are] kind of like animals that need to be trained a little better,” he said. “I’m constantly a work in progress, and I’ve just been trying to get better as a father and a husband.”

The pandemic also allowed his children to do remote learning.

“They can do school on the road and come be with Papa. Woo-hoo!” Momoa said.

“And I can take them everywhere, forever,” he joked.

Mamoa has just as much affection for his step-daughter, Zoe Kravitz.

“I love her husband,” he told Men’s Health. “I love her dad. I hope and pray my daughter is that talented and loving and open and close to her family.”

While Mamoa’s love for his family is inspiring, very few of his projects are. However, Movieguide® found redemptive content as Mamoa took on the role of Arthur Curry, aka Aquaman in both JUSTICE LEAGUE and AQUAMAN.

Of JUSTICE LEAGUE, which was named as one of Movieguide®’s Best Movies for Mature Audiences of 2018, Movieguide® writes:

On the positive side, AQUAMAN has many strong moral themes of courage and protecting others. It also contains some allegorical Christian content that can be drawn from Arthur being a King of a people that aren’t ready to accept him as one. [SPOILER ALERT] At one point near the climax, Arthur emerges from the deepest part of the ocean having secured the lost trident, and Arthur’s most trusted mentor declares, “The King has risen.” Other allegorical Christian themes can be found in the fact that Arthur’s journey to becoming King isn’t one of strength and power, but humility. In the end, while he does become King to Atlantis, a character states that “A King fights for his nation. A hero fights for everyone.” This comment encourages Arthur to be more than just a king. Arthur is named after the legendary Christian King Arthur of Britain, and his hero’s journey during AQUAMAN reflects that inspiring redemptive tradition.