THIS IS US: The First Season 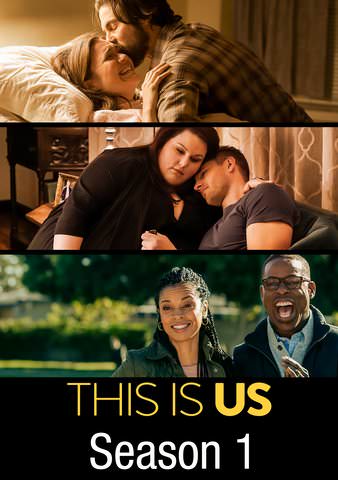 “Pilot” is the first episode of NBC’s series of THIS IS US. It introduces four characters on their 36th birthdays. Jack and his pregnant wife Rebecca are celebrating his 36th birthday when she goes into labor with triplets. Two of the children survive, Kate and Kevin. Years later, Kate celebrates her 36th birthday by committing to lose weight. Attending a support group, she meets, befriends, then dates Toby. Kevin is an actor who, on his birthday, tires of his objectifying role in a sitcom and quits his job in front of a live audience. Finally, on his 36th birthday, a successful businessman named Randall, Kate and Kevin’s adopted brother, meets his biological father, who left him at a fire station the day he was born.

“Pilot” establishes the program’s main characters and presents their situations in a compelling, relatable fashion. Each character struggles with their own unique battles, but they’re united in their strong love for and loyalty to family. The pilot episode of THIS IS US is dramatically captivating, with a strong moral worldview. However, it contains some foul language, crude comments and innuendo, so it’s not for children.

Dominant Worldview and Other Worldview Content/Elements:
Strong moral worldview with an emphasis on the value of family, marriage and children;
Foul Language:
Strong language with 18 obscenities and two profanities;
Violence:
No violence;
Sex:
Mild sexuality with women shown dancing seductively for/with a man, an unmarried couple kiss, a man makes several crass sexual references/innuendos;
Nudity:
Men are shown shirtless several times, a man is shown naked from behind, a woman is shown topless and in her underwear from behind, women shown in lingerie;
Alcohol Use:
Light alcohol content with a man shown drinking a beer, several people are shown drinking wine;
Smoking and/or Drug Use and Abuse:
Light smoking and a woman is said to have been a crack-addict; and,
Miscellaneous Immorality:
Some anger.