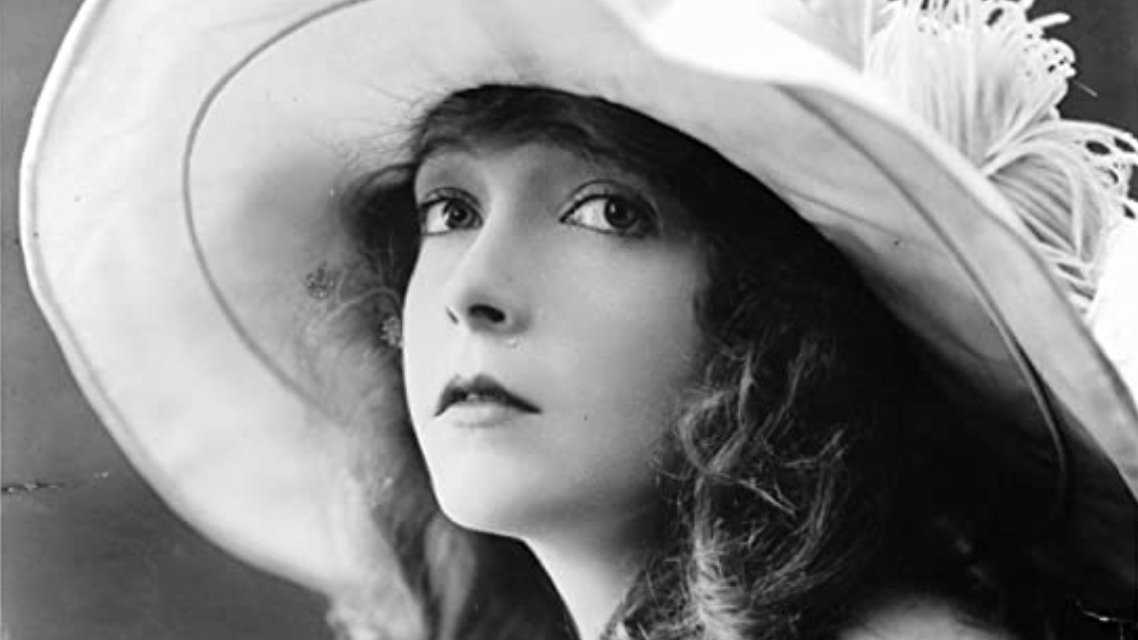 Actress Lillian Gish, whose career spanned over 70 years, was not only an on-screen star but also a woman of quiet but consistent prayer.

Gish recalled the hardship and joy of growing up as a small family—just her mother and her sister Dorothy. But Gish revealed that the three of them were well acquainted with theater from an early age.

“Our world was that of the stage, and then later the movies, silent movies. Our friends were pioneers of the new medium—Mary Pickford, Anita Loos, Charlie Chaplin—monumental figures who helped shape the history of film,” she reflected in an article from 1982. “Our mentor was David Wark Griffith, the genius of early film-making who created the form, meaning and grammar for telling stories on film. But most of all, there was Mother.”

Gish said that despite her mother taking on the responsibilities of two parents, she accomplished it through her faith, her prayer, and her love for God’s word.

“Our father left us when we were young, but Mother supplied the bolstering strength and the affection and warmth of two parents,” she recalled. “She was a delicate woman, small, almost frail, yet a woman of strong courage. She kept us together, traveled everywhere with us, read the Bible during long train rides to the next town and the next performance, taught us to pray, and to have faith. We needed that faith. As I look back on it, life was a constant challenge.

“When we started making movies—in New York, before Hollywood became movieland—it was just a job to do while waiting for our next hoped-for role on the stage. We worked late into the night, sometimes on empty stomachs, and were expected back at the studio before dawn,” she added. “There were no doubles or stuntmen. We played every scene, whether it was outdoors in the winter riding river currents on an actual ice floe until Mr. Griffith was satisfied with the scene, or playing the victim of a brutal beating and ending up with welts and bruises. Total dedication was expected; we were driven to perform perfectly, totally—for five dollars a day.”

However, in 1913 Gish and her family moved to Hollywood. Gish quickly became famous after THE BIRTH OF A NATION premiered in 1915. Shortly after, Gish recalls that Griffith, Dorothy, herself, and a cameraman were invited to shoot a movie to encourage the allies during World War I.

“After seven months in England and France, we came back with 86,000 feet of film, which became five movies including Hearts of the World. Mother, of course, would not let us go without her,” she said. “The film was shot in range of long-distance guns, and shells and shrapnel fell close by. We were working where even nurses were not allowed to go. We shot scenes in complete secrecy and tried to block out the horror around us—exploding shells, men wounded and lying in mud.

“Mother drove with us to the location each day, passing burned-out homes, scorched fields and destroyed orchards, it was a frightening experience for all of us, and it took its toll,” she added. “In the ensuing months Mother, Dorothy and I became highly nervous and lost weight. My sister and I recovered from the ordeal, being too young to comprehend the horror we had witnessed. But Mother did not. She suffered from shell shock the same as many soldiers did. Her hands shook so that she could not hold a cup of tea.”

Gish said that after that experience, her mother’s health declined rapidly. After her mother suffered a stroke, Gish left the MGM Hollywood set to visit her in New York.

“Mother was not expected to live, and I felt horribly alone, but the warmth and love of the people waiting on those platforms lifted my spirits and gave me hope,” she said. “When I arrived in London, I found Dorothy badly shaken and Mother deep in coma, but shortly after, she began to improve. Within three weeks she was able to make it clear that she wanted me to take her home. A doctor and nurse accompanied us on the crossing by ship to New York, then after a two-week rest, we had a private car attached to a fast westbound mail train.”

While on the train, Gish relied on prayer and God’s Word.

I had to return to California to work, and I brought Mother—still unable to speak or even lift her head—on a roaring, swaying train in the heat of July. No air-conditioning then, of course. To keep the car cool, we positioned tubs of ice with fans blowing on them. And as the train steamed across the plains, I held Mother’s thin hand and read aloud from her Bible of Christ’s promises of eternal life and His unfailing love.

I read to Mother from I Corinthians, from Colossians, Psalms and Isaiah, and with each passage I silently prayed that God would spare her, that He would give us more years together.

One night, reading aloud from the 58th chapter of Isaiah, I could not help but feel the promise in the words that ran: “Then shall thy light break forth as the morning, and thine health shall spring forth speedily: and thy righteousness shall go before thee; the glory of the Lord shall be thy rearward.” (58:8)

As I read them, it seemed to me that those words held the key to Mother’s life.

However, even after the move, Gish said her mother’s health continued to deteriorate.

“On the eve of Mother’s 49th birthday, September 16, after the doctor had paid his daily, gloomy visit, I stepped out into the garden. The sun shone brightly as I sat in a wicker chair and buried my head in my hands. I pictured the still, pale woman in that second-floor room, too weak to respond even to the touch of my hand on hers. It was as though she were already dead, shut off from friends, from life, from light…” she said. “At that moment the words from Isaiah came back to me: Then shall thy light break forth as the morning, and thine health shah spring forth speedily… The very words that had so filled me with hope as the train had roared through the night gave me hope again. Still another passage rushed back into my mind, the words of Jesus: I am the light of the world: he that followeth Me shall not walk in darkness, but shall have the light of life. (John 8:12)

“I ran upstairs. One after the other I raised the shades in Mother’s room, then pushed open the windows. California sunshine flooded in and bathed Mother in its warmth. She smiled slightly. I knew then, I really knew, that the light touching her face was life-giving. I knew our prayers would be answered. God would sustain us,” she continued. “Mother’s health did spring forth, and she lived for 22 years after that—22 happy, creative years.”

Gish said that she has kept her mother’s Bible close to her since then and read it often.

“By my bed I keep my mother’s Bible, its pages heavily marked and underlined with favorite passages, passages of strength and hope—and light,” she said. “Often I think back to the time that His light restored my mother’s life, reaffirming my belief—instilled years before by Mother—that God’s power is boundless, that it can come to us silently, lovingly, pushing the darkness aside.”