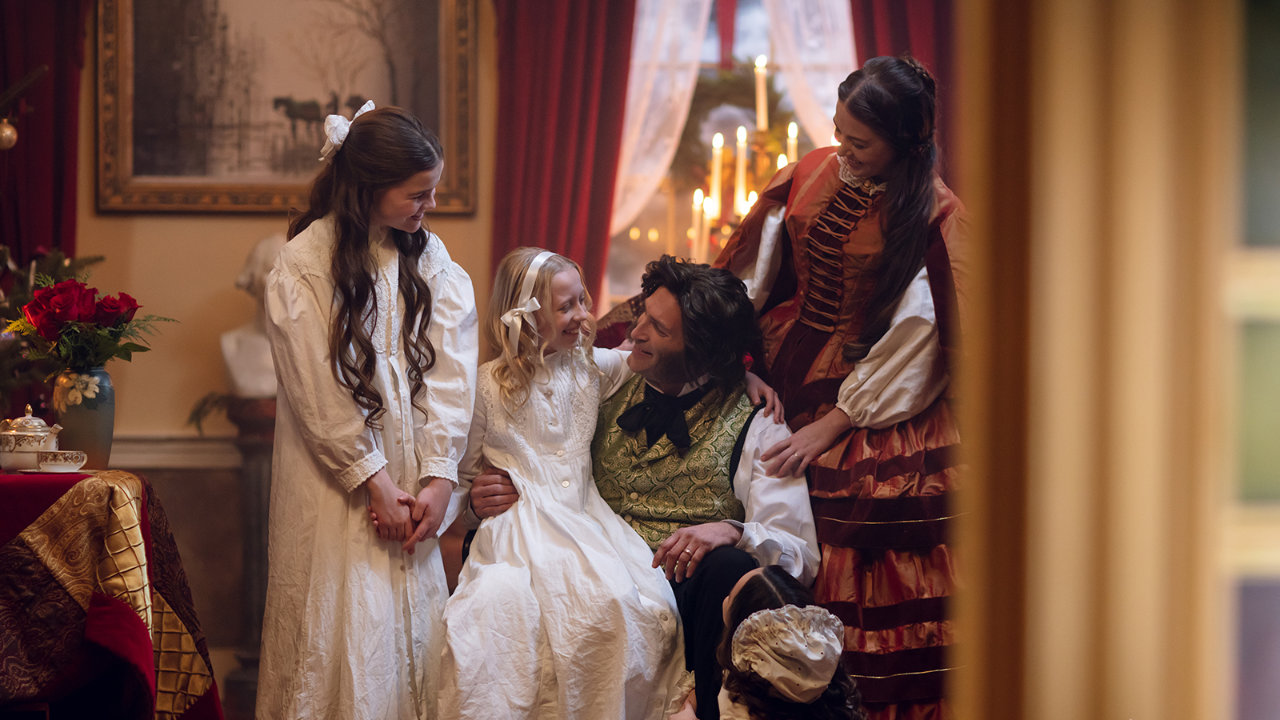 Sight & Sound Films recently released their first-ever movie for the big screen, I HEARD THE BELLS.

I HEARD THE BELLS is incredibly well-acted and produced. Despite grief, the movie champions the gifts of family, faith and hope in the face of the darkness of tragedy and Civil War. The movie suffers from some slow pacing, but it’s a wonderful Christmas movie with scenes of prayer, church, salvation, communion, and song. I HEARD THE BELLS points viewers to the goodness of Christ, and the freedom that comes through Him. Because of some violence and mature themes about grief, MOVIEGUIDE® advises caution for younger children.

In a recent interview with Movieguide®’s Cheryl Crisp, director Joshua Enck said that he hopes the movie gives viewers a new kind of hope.

“The calling of Sight & Sound Films is to tell the stories of figures and events from history that change the world because Christ first changed them.”

“The heart of the story is that we’re not looking to just give people hope, but want to give them a new kind of hope, the kind of hope that comes out of tragedy and crisis,” he said. “So many times in life, we think that when tragedy strikes our voice is then lost, and our calling is compromised. But that’s just not God’s economy. It’s because of the weathered storms, it’s because of the dents and the scratches, that we can actually ring out more loud and more deep.”

“It’s [about] a man who was at the pinnacle, top of his career, tragedy strikes, he loses his voice as a poet, and an influencer and like a bell hanging in a bell tower, that voice is not ringing out more loud and deep at that point in his life. It’s the bottom of some rubble,” he continued. “It’s dented and scratched, and he thinks, that’s it. And God’s like, no, because you’ve been through the tough times, your voice can be heard even more loud and deep.”

Enck said that this theme is echoed even in the lines of Longfellow’s poem, which many now recognize as the classic Christmas carol.

“I love the last verse of that poem, and that song that we all know and love today,” he said. “At that moment in Henry’s life, when he’s redeemed and restored, he writes, ‘Then peel the bells more loud and deep. God is not dead, nor doth he sleep, the wrong shall fail the right prevail with peace on earth, goodwill to men.’ For Henry Longfellow to get to that place, after having penned an earlier verse, which is, ‘in despair I bow my head, there is no peace on earth, I said for hate is strong, and mocks the song of peace on earth, goodwill to men.’ What was this man’s journey from that despair? To the bells peeling more loud and deep? That’s the heart and story of I HEARD THE BELLS.”

Actor Stephen Atherholt reflected on portraying Longfellow on-screen and said that it was important for I HEARD THE BELLS to show his humanity.

“I hope that they see the humanity of him,” he said. “And the real honest struggle. He didn’t know his faith very well. He leaned on his wife for his faith. And he just wanted to be happy. And I think it’s something we all pursue very heavily, especially now in today’s society. We all focus on happiness, that’s what we want. So when happiness is stripped away from you, where does it leave you, if you’ve made that your end goal in life is just to be happy?”

“That’s not sustainable in this world full of trials,” he added. “I want people to see him and go, ‘Wow, even this wealthy, famous person is struggling with the same trials that I’m experiencing in my own life. I’m not alone’. And I think people need to know that they’re not alone and that there is hope on the other side of the tragedy, no matter how severe it is. Ultimately, what I want them to walk away with is that there is a God who loves them very much and will never walk away from them.”

“It’s my hope that when people watch this film if they are walking through a season of grief, this Christmas that as they watch, Henry reclaim the truth of these words, ‘peace on earth, goodwill to men,’ which are not his own, they’re from Scripture. As you watch him reclaim the truth of those words, it’s my hope that people will be inspired to do the same over their hearts.”